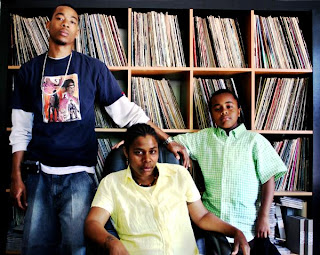 Kylea of Beyond Reality 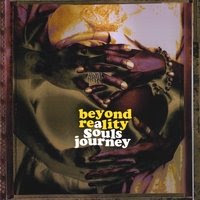 Kylea aka Beyond Reality's Album on iTunes

Erika White, aka Kylea of Beyond Reality, is a Seattle icon and veteran of Northwest hip hop. "I was in the sixth grade when hip hop started coming along, so I've been involved in hip hop culture since the '80s," she explains. "Look at a picture from 1985 to 1987. Everyone has a picture with your Run DMC shirt and your arms crossed." But unlike many of her fellow hip hop enthusiasts, Kylea took her high school passion for rhyming to the next level: she released, marketed, and received critical acclaim for her single, "I Reality," and, years later, for her solo album produced by Bean One called A Soul's Journey. Kylea's involvement in hip hop, however, goes well beyond her released work.

In the mid-'90s, Kylea co-founded Jasiri Media Group and was at the forefront of the burgeoning Seattle hip hop scene. She can tell you stories about everyone from Sir Mix-A-Lot ("In high school he would dj and make mixtapes, compilation tapes, put on little shows… Anyone who was hating on Mix, that's just because they're haters") to Jonathan Moore, aka Wordsayer, from Source of Labor ("He was the founding person getting the local scene opened up, doing shows with artists coming through town like Ice Cube and The Roots"). Kylea can track the growth of the scene from virtually no local performers back in the late '80s to the present day, when "a rapper in town is a dime a dozen."

"The Seattle hip hop scene is about who you know, and who they know," Kylea says. "More than money, you have to have support. And money can't necessarily buy you that all the time." Beyond Reality is a family business these days, though it began as a collaborative effort between Kylea and one of her best friends from high school. Kylea's son, now 10, acts as hype-man and her nephew, AB, backs them up on the 1's and 2's. Organic, feel-good, soulful: The Stranger has dubbed Beyond Reality "true school" and named Kylea the top female emcee in Seattle "since the mid-90s".

Performances are few and far between nowadays, but Kylea's not complaining. "I feel like I'm a dope emcee. I can put out a lot of these cats that think they're dope emcees hands down, with my mouth covered up. … I could still pull it off if I wanted to, but anyone who knows the history or wants to know, they can go to EMP, holler at me, do some research, and they can find out about me. …There's other things in life I want to do that don't necessarily involve me being an emcee."

What is Kylea doing now? "I'm djing. I throw parties, and I cook… My son's getting ready to be ten. I don't have to be rhyming, but music, food and friends are always gonna be something that I'll be involved in." Kylea's also talked about opening a restaurant. Her advice to women getting started in hiphop: "Stay true to yourself, build alliances with other people, and do your research. Take criticism, but don't let anyone tell you to dress like this or do this or say it like this if that's not really you. Go out, check out the scene, find a way to find your place and do what you have to do."

By Katelyn Hackett. Katelyn covers local hiphop and other topics for Seattlest.com and writes freelance for other publications.
Posted by B-Girl Bench at 3:13 PM